The 2021 Summer Olympic Games are Open! 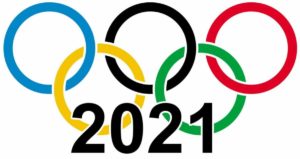 The 2021 Summer Olympic Games are Open!

Today is the day! The long awaited Tokyo Summer Olympics are now open after being delayed for a year due to the Covid-19 pandemic.   The Summer games begin with the opening ceremony on July 23 and are scheduled to run through August 8. However, some events took place before the opening ceremonies.  Soccer, baseball, and softball events were held on July 21 and July 22. It is not uncommon for Olympic games to commence before the opening ceremony, especially in regards to Summer games.   The early start is often a consequence of a tight schedule and extended tournaments that sometimes require longer than the Games' accustomed 17-day window.

Swimming is anticipated to be one of the most viewed events in the opening days of the Olympics as swimmers from around the world will be competing July 24 through August 4 in 37 different events with a total of 111 medals up for grabs.  Since swimming is such a big part of our hearts here at Swan Aquatics Water Safety Services, we'd like to share a little bit of history surrounding the event in the olympics.

Swimming has been part of the Olympic schedule since the beginning of  modern Olympic Games in 1896. Swimming is one of only four disciplines to have been retained by appearing in every summer Olympics since the others being athletics, artistic gymnastics and fencing.  In the early years, Olympic swimming events were male-only. Women’s events were introduced at the 1912 Games in Stockholm.  Although, women initially only competed in two events, the 100m freestyle and 4×100m freestyle relay. Experimental beginnings brought some rather unique events to those early Games. At the inaugural modern Olympics in Athens, swimming events included the 100m freestyle for sailors, which only members of the Greek navy could compete in. Until the London 1908 Games, Olympic swimming events took place in open water. This left the swimmers at the mercy of the elements, contending with the weather and waves. Luckily, things were about to change for the better.

The post-World War II era brought better technology, facilities and training. This resulted in greatly improved times compared to the early wave-fighting competitions. Competitive pools also saw great change during this time in history and it led to the move from outdoor swimming to indoor swimming tournaments. The introduction of drainage in Olympic swimming pools, marked lanes in 1924, and guidelines for pool depths all contributed to a better overall standard of competition in the years that followed.

This year has history making in the works as Tokyo 2021 marks the start of a new era for the Games. For the first time in history, men’s and women’s events will be identical in number, distance and discipline. At the previous games in Rio back in 2016, there were 32 events. However, there are now 35 events  with 18 of them being for both men and women. The 35th event marks a new standard in Olympic history because Tokyo 2020 will be include the mixed 4×100m medley relay. In this new gender-mixed race, both men and women will compete together in the same teams.

So beat the summer heat wave moving across our great nation right now and kick back on the couch with the family to cheer on Team USA in swimming and all over events taking place at this year's Olympic Games. Remember that there is a 13 hour time difference between our Eastern Standard Time (EST) and Japan so check your local listings for when you can catch a replay of the events.  USA! USA!

This article is brought to you: The Swimming Swan